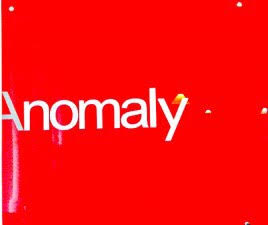 Is the approach to running a successful advertising agency “anti” everything you’ve thought previously?

Anomaly, an “anti” ad agency that began in 2002 with the humble goal of solving their clients’ business problems, now has a reach that spans the globe. Their work with Budweiser, Manchester City FC of the English Premier League, and Chuck Taylor pushed them deeply into the athletics, alcohol, and apparel sectors—places more traditional agencies would love to be. So is the new path to the work we all want “anti?” Let’s have a closer look.

You may recognize Anomaly’s work from the “Puppy Love” and “Lost Dog” spots that tugged at your heartstrings during the prior two Super Bowls. I know I’ll never forget the puppy who forged a lifelong friendship with a Budweiser Clydesdale.

Or perhaps you know the print ads featuring Converse’s Chuck Taylor shoes covered in graffiti thrown against a white canvas. This showcased the multiculturalism, creativity, and eclectic personalities of customers.

Borrowing from Joe Shepter’s article in Communication Arts Design Annual 56, titled Anomaly: The Agency Model, Rebooted, we find Carl Johnson, founding partner and former traditional ad man offering, “We want to be the most premium priced agency you ever hire, and the best value you’ve ever had.”

There are myriad ways in which Anomaly is different from the status quo. Most importantly, their competitive advantage is about a back-to-the-basics approach: solving clients’ business problems using whatever means they can. That can be in communications, media, marketing tactics and campaigns, or none of the above. They do not bill for time; they simply charge a fee to work on a problem and take a bonus if the client agrees they have assuaged their business pain. What a concept, eh? Simplifying out-of-date billing practices and increasing efficacy metrics. Hallelujah!

Anomaly understands that innovation is key to evolution and an important part of the business cycle. The approach they have to intellectual property is one of their key differentiators. Evidence: they tried (and failed) to create a mobile payment system to rival Apple Pay and Google Wallet, while simultaneously enduring a partnership with an early YouTube star. However, they also understand that nearly all new innovation fails. The trick is, then, to find the unpolished gem that will make you forget about all the previous botched forays.

Anomaly found it, in the unlikely space of women’s shaving cream. They staked a small firm named Eos early, and developed a brand extension into lip balm with all-new packaging and flavors.

Takeaways for the Ad Industry Space

Now, having covered all of that, what are the key takeaways for your business?

Consider using a straight fee plus bonus-style structure for your billing process. It creates more goodwill and drives client loyalty.

Consider diversifying your business and shifting mission and vision statements to include innovation. Remember: evolution and natural selection are not only for Charles Darwin and animals, but corporations as well.