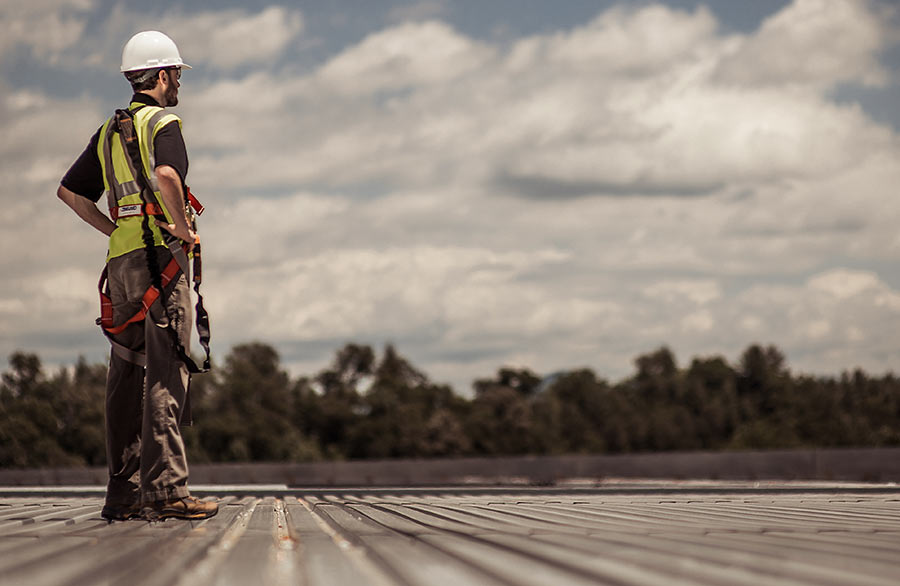 A peek inside the process of creating their new campaign.

North American Roofing builds commercial roofs. Perhaps that was obvious from their name, but it’s important you understand that from the beginning. They were tired of their old look and needed to refresh it as they aggressively approached their next couple of years of business and client development. So Element got to work.

What mood are you in? Admittedly, long before we got to the stage of creating “mood boards” (collage exercises filled with photography, illustration, graphic solutions, etc. meant to help agency and client create a shorthand of artistic sensibilities with one another), we’d already done our homework. We’d done research into targets, and spent a lot of time with our North American Roof clients, Jake Stansell and Kelly Wade, listening to them describe business goals and initiatives their commercial roofing company (2nd largest in North America, we might add) had for 2014-2015. So at the stage you see below, there was much more than pretty pictures rolling around in our heads. We had strategy and branding considerations informing our creative choices that we made together as a team with our clients. “Minority Report” meets commercial roofing. Some of you may remember a Steven Spielberg/Tom Cruise film called “Minority Report” that featured, for its time, some fairly distinctive cinematography and effect work. That was a pretty major influence on the look we developed for North American Roofing. So too were a variety of title sequences from some of our favorite serialized TV shows. And “urban art.” And the client’s stated goal to stress the relationships they so painstakingly build and nurture with all their customers. And, well, we won’t reveal all our influences, but suffice it to say, as the client began to make artistic choices with Element, we could quickly see that photography alone wasn’t going to tell a complete enough story. Commercial roofing is a technical, tough business. So capturing all the effort, process, and protocol these guys put into the average roof inspection, metal fabrication, or solar solution in one image was going to be tricky. That’s when “illustration layers,” like the examples you see, became the name of the game. The finished product? Well, we’re not quite ready to share that with the world as it’s still baking up in the lab. But in the next few weeks and months, we’ll share examples of how their business strategy enmeshed with our creative process to produce a campaign both sides are proud of.