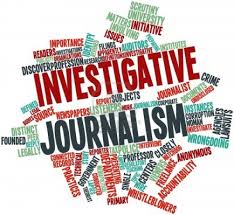 If you’ve been watching the local media landscape in Asheville over the past year or so, you know big changes are under way. WLOS recently added an investigative journalist and announced the retirement of a popular long-time reporter. The Asheville Citizen-Times has revamped its reporter assignments, creating what they call the newsroom of the future.

Knowing and understanding who reports on what for each media outlet is vitally important to successful strategic media relations. I know that the reporter in the newly defined AC-T beat called “Entertainment, Arts and Things To Do” is a great target for stories about Asheville Outlets. I also happen to know that a certain editor has an affinity for things that fly. When the outlet development company sent a drone over the construction site, he got the first peek at the footage. (Turns out there are some FAA concerns with using footage taken by drones. Check with your media contacts before you invest a lot of time or money in this strategy.) I find it very helpful to look at defined reporter beats when creating pitch ideas for clients. Those ideas that fit nicely into an identified beat have the best chance of success.

A strategic media relations plan isn’t just about identifying the stories we want to pitch. It’s also about preparing for those stories you hope never happen. As mentioned above, WLOS recently appointed an investigative reporter to their team. The AC-T created a beat called “Investigative Watchdog.” As a PR professional, I never recommend that my clients rely on the hope that nothing will ever go wrong. Instead, do the best work you can and then plan and practice for the worst. The best thing that can happen is that you never have to pull that crisis plan off the shelf. But knowing it’s there should help you sleep better at night.

Take a look at the teams that make up our local media outlets: