The Asbury Restaurant, which adjoins The Dunhill Hotel, and is located in the historic 4th Ward of Charlotte, North Carolina.

WHAT DO THEY OFFER?

The Asbury was aiming to be more than simply “late-night bites” for the weary traveler. They’d hired some award-winning head chefs, and were pushing a “Southern + Modern” approach to farm-to-table cuisine, and were hoping to attract some local foodies and the business lunch crowd vs. just catering to their own hotel guests.

Element began to survey The Dunhill Hotel for marketing and point-of-purchase opportunities. We quickly realized a captive audience existed in the hotel’s elevators, as guests traveled to and from their rooms. Of course we also had several discreet areas in the guests’ rooms in which we could place messaging, such as do-not-disturb signage, etc. We created a series of messages we thought would appeal to the weary traveler who didn’t want to add additional travel finding something great to eat. We pushed The Asbury’s Southern + Modern approach to “farm to table,” blending fresh and local ingredients of the season, and angled for convenience and mouthwatering flavors. When budget allowed, we ran banners touting “scratch n’ sniff” technology, showing delicious meals right next door. While the majority of the marketing expenditures were made on The Dunhill Hotel side, we created a very, very happy client in former General Manager John Beatty, who offered: “Element is a major reason for my hotel and restaurant’s success. I bet heavily on Element, and the results speak for themselves. I’d encourage any client that wants to grow its business to partner with Element.” 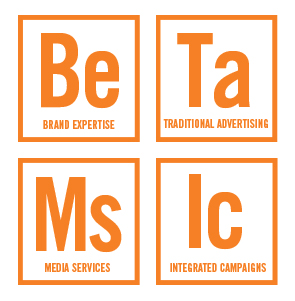